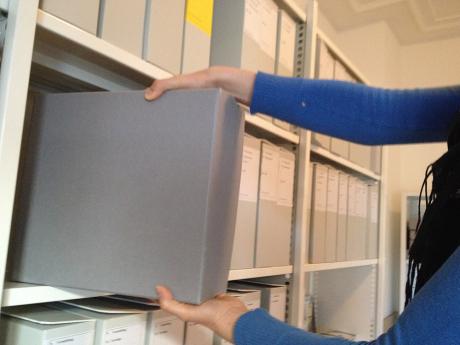 Bruno Manser compiled pictorial information about the life of the nomadic Penan. He did that initially by making drawings. Later on, he took photographs and used a video camera as well. He attached great importance to documenting the culture of the forest nomads. These pictorial inventories were digitised between 2006 and 2009, and most of them are accessible today. The originals of the photographs (black-and-white and colour negatives), videos (VHS, Video8 and other formats) and audio recordings have been placed in the City of Basel archive for safekeeping. They have been locked away, in the hope of conserving them in as good a condition as possible. The digitised copies, however, remain accessible, and some of them are already available online.

The photographic archive was digitised between 2006 and 2008 and reorganised to make it suitable for generalised access. Since 2008, it has been available for consultation online. Out of the approximately ten thousand photographs that Bruno Manser took himself, around a thousand have been hand-picked. This selection of photographs is catalogued according to keywords and can be downloaded via the internet.

The video archive was digitised in 2008 and subsequently systematically viewed and described between then and 2012. These films show the way in which the Penan live in the forest, off the forest and with the forest, as well as documenting Bruno Manser’s actions in Switzerland. At present, we are preparing an internet video presentation.

The audio archive is comprised of recordings in the Penan language and includes both messages from the Penan to Bruno Manser and conversations amongst the Penan. The archive was digitised and placed in safekeeping in 2008. Some of the tapes have been transcribed and translated. 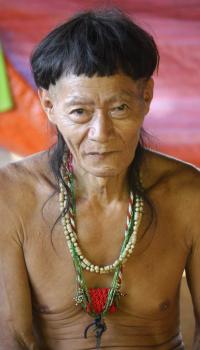 «The Penan maintain a very strong spiritual relationship with the forest.»